I cofounded Mozilla and wrote its technology roadmaps back when we were rebooting the Netscape-contributed browser code via open source. Here’s the first one. This one from 2003, by David Hyatt and me, charted the direct course to Firefox.

These documents set direction and listed goals and requirements. Equally important, they renounced non-goals and listed what was off the agenda. For the BAT platform, any tracking or targeting from remote ad servers or exchanges is excluded by construction.

The map is not the terrain, so each roadmap ages past a point of usefulness and becomes a relic. I expect the same to happen with the BAT project’s roadmaps. This roadmap is likely to cover the next year to 18 months.

The BAT sale provides the development team with enough resources to complete the platform work we started last fall using bitcoin in the “Brave Payments [beta]” experimental automated micro-donation system already in Brave. We intend to use the funds as follows:

The BAT platform work must be staged to fit modern “agile”/non-waterfall software development methods. In particular, it must fit Brave’s six-week chromium update cycle and the finer-grained milestone release structure that we use to manage scope creep and increase predictability.

The program of work outlined in this roadmap uses code-names borrowed from the U.S. Space Program. Reforming the attention economy of ad-tech and payments may not be rocket science, but it is still ambitious. We need to manage scope creep at a larger scale than the Brave development cadence. 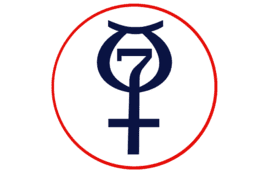 Some of this work will happen ahead of the rough dates in parentheses above, enabling other work to happen sooner. Other work that’s hard to estimate right now may take longer. We will adjust the roadmap quarterly and build a new one when this one has fulfilled its purpose.

Much depends on our hiring quickly and well. With the right talent engaged and working well together, I am confident we can build and scale this system to have complete user control and much better economics than the failing ad-tech ecosystem upon which the Web relies today. Let’s build it together. We are all-open-source, and we are hiring.